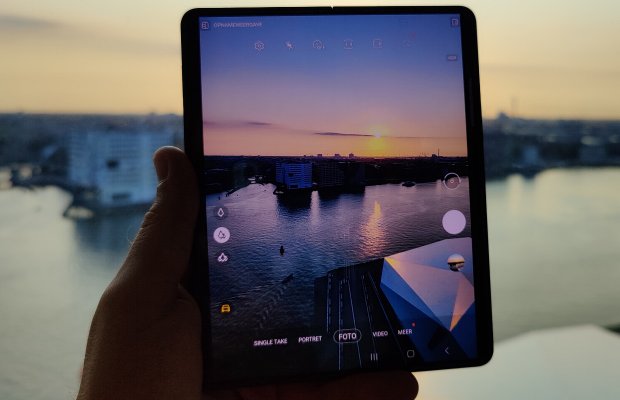 We’ve been working with the latest foldable smartphones from Samsung. You can read our first experiences in this Samsung Galaxy Z Fold 3 preview, in which we also discuss the Z Flip 3 and briefly discuss the latest wearables.

Samsung presented a lot of new devices this week. For example, we saw two new foldable devices in the form of the Samsung Galaxy Z Fold 3 and Samsung Z Flip 3.

In addition, it was time for two new smartwatches: the Galaxy Watch 4 and the Watch 4 Classic. Samsung also unveiled the new Galaxy Buds 2, wireless earbuds with support for active noise cancellation. You can read our first experiences with these products in this preview.

The Samsung Galaxy Z Fold 3 has a better design, which means that the hinge has become slightly better. Together with the Z Flip 3, they are the first foldable devices in the world, which you can rinse off or use in a heavy rain shower.

The invisible selfie camera, or not?

A second point that Samsung is proud of is the front camera of the Z Fold 3. It is placed ‘invisibly’ under the screen. So you no longer see a circle in front of the selfie camera, as with the Galaxy Z Fold 2. At least in theory, because during our hands-on, it was easy to see where the camera was ‘hidden’.

The layout of the pixels has been slightly adjusted there, to allow enough light to pass through when taking a photo. In addition, Samsung, like other manufacturers, is also still working on the further development of this technology. By the way, the camera has a resolution of only 4 megapixels, which is very low on paper. However, we have to test how selfies roll out of the device in the full review.

The Galaxy Z Fold 3 naturally relies on its large 7.6-inch folding screen, which is again a pleasure to look at. The AMOLED display has a high resolution (2208 by 1768 pixels), making everything look sharp. There are several layers of plastic on the screen to ensure that it is less likely to scratch and damage. 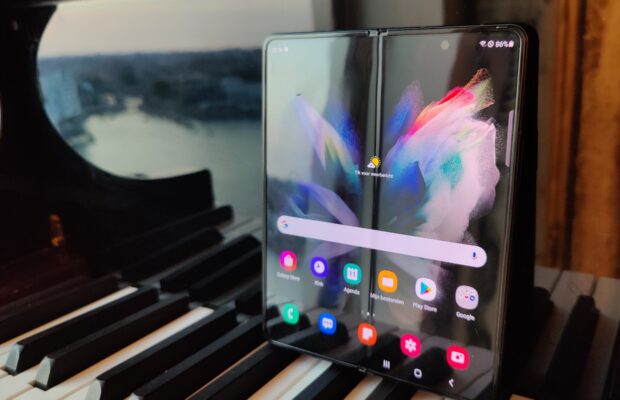 The ‘scratch’ in the middle can still be felt and can also be seen at certain angles. That’s something we also wrote in our Samsung Galaxy Z Fold 2 review from last year. The screen refreshes around 120 times per second, so it feels smoother than displays with a refresh rate of 60 or 90Hz. That’s a very nice improvement.

This time, Samsung does not opt ​​for its own chip, but for Qualcomm’s Snapdragon 888 processor. There is 12GB of RAM and you can choose from versions with 256GB or 512GB internal storage. In the short time that we could use the device, there was nothing to complain about the speed.

In the full review, we will work more with the large screen and multitasking and we will, of course, but the device to the test with heavy games. We also set out to test the different cameras. On the back are three 12-megapixel lenses. This way you can take normal snapshots, photos at a wider angle or you can zoom in.

We cannot say anything about other matters such as the stereo speakers, adjustments to the software for the large screen, battery life and charging.

Together with the Z Fold 3, the Samsung Galaxy Z Flip 3 was also presented. This device also has a foldable screen, but you can open and close it vertically. For example, an AMOLED display of 6.7 inches unfolds, which is common in smartphone land in 2021. This display also refreshes a maximum of 120 times per second and is therefore pleasant to use.

More colours, the bigger screen on the outside

Instead of two colour options with the original Z Flip, you now have a choice of four colours. A big welcome is the larger screen on the outside. You can see more content of incoming notifications, use it as a viewfinder when you take a selfie or use (larger) widgets.

This smartphone is also dust and waterproof and has a fast Snapdragon 888 chip. There is 8GB of RAM and you can choose from versions with 128GB or 256GB storage. It concerns high-end hardware and you notice that in practice. Together with the extensive One UI software, the device flies around in everything we wanted during our short preview session.

The less impressive hardware package than the Z Fold 3 and the smaller screen also comes with a different price tag. Where the origin Z Flip cost 1500 euros, you can buy the Z Flip 3 for 1049 euros. A significant decrease compared to the previous Flip.

The hardware is also one of the best at the moment and that was not the case with the introduction of the first Z Flip. As far as we are concerned, there are certainly significant plus points and it also shows that Samsung is taking foldable smartphones more and more seriously. That is also something that Cella Sin, Communications Manager Samsung, confirmed. Samsung, for example, is bigger than ever in terms of marketing budgets for these devices.